Have you ever been curious about Sidemount Diving?

Sidemount diving is originates from people doing cave diving and exploring caves. Also known as technical diving. By moving the tanks from the back, to placing them along the side. Gave easier access through restrictions, that the technical divers might meet on their dive, either in a cave or a wreck.

The concept of sidemounting cylinders originated from cave diving in the UK, during the 1960s. During ‘dry’ explorations of Wookey Hole, the River Axe and other underground systems. Divers occasionally encountered submerged passages that blocked further exploration. These cavers began incorporating scuba equipment specifically to progress beyond underwater areas. However, because they operated in very confined spaces. Most exploration remained primarily ‘dry’, they began experimenting and improvising with extremely minimalist configurations. Minimising bulk, allowing cylinders to be easily removed and replaced. Retaining the capacity to squeeze through the tightest restrictions.

When we talk about diving and especially as an Instructor teaching a course, we often talk about Trim and the importance of having a good trim. We do this because the better trim we have as scuba divers. The more efficiently we move through the water and the more we protect the sensitive ocean floor. With a Sidemount configuration, that placement of the tanks will push you a bit forward for a more horizontal position. This is because the tank valve is placed under your arms. Therefore gives you a better trim in the water with your head and feet levelled.

Placing the tanks down by the side of your body and facing your travel direction. You also become more streamlined; you move the drag from your back to place it under your arms. When you become more streamlined, you create less drag and resistance in the water – the result is that propulsion in the water becomes easier and more relaxed, which can lead to a lower air consumption, which is always nice

Another advantage of diving Sidemount

Is that it gives you easy access to the tank valves in the unlikely event that your o-ring bursts for example unlikely should happen. You will be quick to react as the valves are right under your arms. Since you can have two tanks. Compared to single tank, you are protected by an extra level of redundancy.

You can never get enough dive equipment – can you ?

Some people have the idea that Sidemount diving is too difficult with the amount of equipment needed and the preparation before diving. But if you ask me it is not that big of a deal. It is definitely worth a try. I think it is fun with extra gadgets to play around with.

A lot of the dive organisations PADI, SSI, SDI/TDI to name a few, offer recreational Sidemount diving, as there is an increased interest for Sidemount.

If you are interested in trying out diving Sidemount and to see if it’s something for you, please contact us for more information. 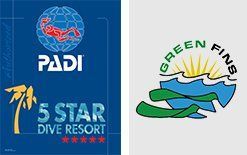 We are one of the best and cheapest bang for your buck when it comes to your diving needs in Dauin and Apo Island Philippines. We love to teach in a fun/exciting way. We offer quality teaching with numerous skilled & experienced PADI dive instructors. It's our top priority, to make you a safe diver and we believe that quality diving … END_OF_DOCUMENT_TOKEN_TO_BE_REPLACED 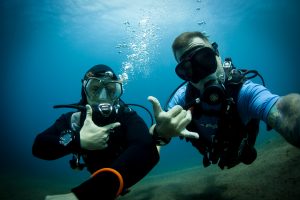 Fun Dive with us in Dauin, Philippines We are about 30 minutes drive from Dumaguete city Fun diving with Bongo Bongo is ease of mind, our prices are transparent and also the best in the whole area. We have narrowed down the prices for one dive/one day trip for our customers. With this, it’ll benefit you and protect you … END_OF_DOCUMENT_TOKEN_TO_BE_REPLACED